Getting Our Arms Around Conglomerates and Other Entities 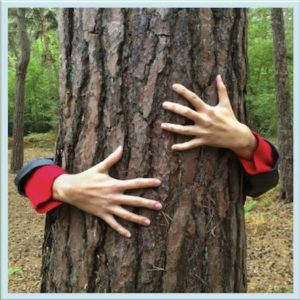 Broadly speaking, conglomerates are huge multinational and publicly traded corporations that either partially or fully own a number of other companies in a wide array of industries. One of the most well known conglomerates is Berkshire Hathaway, which has throughout the decades purchased companies ranging from jet engine technology to jewelry.

The goal of Berkshire Hathaway, as well as many other conglomerates, is to leverage the diversification of their businesses to avoid the impact of volatile market ups and downs. For example, if Berkshire Hathaway’s construction related companies have a bad year or stretch, as was the case after the 2008 economic meltdown, the losses from these companies might be offset by other industries related to food or consumer products.

A strategy of some successful conglomerates is to acquire a company that is not so highly rated or even slightly distressed. By investing additional capital, talent and resources from other companies within the conglomerate, the acquired company can be stabilized and returned to profitability. Some conglomerates will have a more aggressive approach to increase their growth and purchase fairly small companies with a very unique technology, and nurture them into innovative technology powerhouses that offer a highly desirable product or service.

Every day that we are using search engines on the internet such as Google, we are using one of the most dynamic multi-media conglomerates in American history. You may recall that Google bought YouTube for $1.65 billion in 2006, which has had over $9 billion in 2016 revenues. Another Google treasure was buying Android, a mobile operating system software maker, for $50 million back in 2005. Google’s experimental businesses span life sciences, self-driving cars, internet services and more.

Like Google, Facebook’s conglomerate tentacles include artificial intelligence and drone-delivered internet service, as well as virtual and augmented reality. Facebook made a big bet with its $21.8 billion purchase of mobile messaging service WhatsApp in 2014, and whether it will pay off is still a question. But Facebook’s $715 million purchase of Instagram in 2012 is widely acknowledged as an investment achievement in which the site now has 400 million users and 200,000 advertisers.

The prominent success of conglomerates is not final proof that doing business with a conglomerate is a good or lucrative opportunity. Many times a conglomerate can often be an inefficient, jumbled, and chaotic affair, especially when looking at its consolidated financial statements, which can obscure the performance of the conglomerate’s separate businesses.

For the credit manager, doing business with one of the many separate companies can also represent a convoluted picture of how it rolls up into the conglomerate’s web. For example, the client company we’re doing business with could be a parent, a subsidiary, a sister company, an affiliate, or a division (see definitions below). Since whole supply chains can be within a conglomerate’s massive structure, knowing just where and how our particular customer fits into the corporate picture can be daunting. This is why even seasoned investors will often spend hours reviewing an extensive amount of legal and financial documentation to fully piece together who owns what, and what the legal and financial obligations from one entity to another will be.

For most small and medium sized enterprises, the opportunity to do business with a company such as Berkshire Hathaway, Google, or Facebook, may be a chance to grow in a way that they could not have previously imagined. And when this happens, the risk to the credit manager is to assume that since their new customer is partly or fully owned by a multibillion-dollar conglomerate, the credit risk is quite low. In other words, if a 100% Google owned business comes knocking at your door, the red carpet will probably be rolled out and very few questions regarding its credit worthiness may be asked.

Perhaps in most cases this will not be a problem but as you will recall from the 2008 economic meltdown, even a few of the best of the best companies, those that were thought of as being built to last, went bankrupt and left in their wake an economic path of destruction that affected tens of thousands of smaller companies, that went bankrupt as well. Although we may be easily impressed with the name and size of a multinational corporation and its related companies, it’s still always a good idea to act prudently. The old adage, “the bigger they are, the harder they fall”, holds true.

This article was edited by Steven Gan.

4) Affiliate – “Affiliates” and “subsidiaries” are both measurements of ownership that a parent company has in other companies. An affiliate has only a minority share of its stock controlled by the parent company. Multinational corporations often set up affiliates under other names to break into the markets of other countries. This is done to protect the parent company’s name in the event that the affiliate does not succeed, or where the name of the parent corporation may not be perceived in a favorable light.

5) Division – A division is a part of a business entity. This means that a division, although it can often operate under a different name and have its own financial statements, is still a part of the business entity itself and not separately incorporated. A division is like a hand on the body, whereas a subsidiary is like an offspring. Although parents, subsidiaries, and affiliates can all have several divisions with their own profit centers, they are still under the legal entity to which they belong.