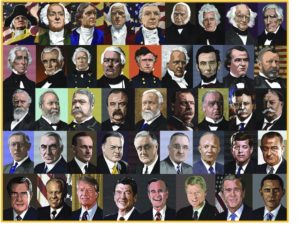 Which President held the position as a credit reporter during his lifetime?

Answer: You’ll be very surprised to learn that Abraham Lincoln, Ulysses S. Grant, Grover Cleveland and William McKinley were all credit reporters at one point in their lives. Let me explain.

The forerunner of Dun & Bradstreet was the Mercantile Agency, established in 1841 by Lewis Tappan. By 1849 Tappan turned the Mercantile Agency over to one of his clerks, Benjamin Douglass, who capitalized on the improved transportation and communication of the time by expanding his network of offices, essentially providing the Agency with both new customers and more detailed credit information.

In order to fulfill the need to locate and report credit information, the position of “Credit Reporter” was established and many talented individuals were hired. Working as a credit reporter was actually a respected position that provided strong training in sound business practices.

One of Abraham Lincoln’s initial credit reports (it’s assumed he was still in training) contained the following:

“First of all, he has a wife and baby; together that ought to be worth $500,000 to any man. Secondly, he has an office in which there is a table worth $1.50 and three chairs worth, say, $1. Last of all, there is in one corner a large rat hole, which will bear looking into.”