CMI Trivia Quiz – When was the first bankruptcy law recorded? 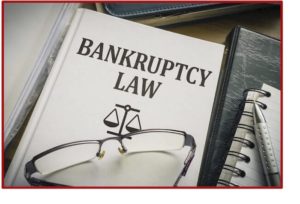 When was the first bankruptcy law recorded?

In England, the first official law concerning bankruptcy was passed in 1542 under Henry VIII. At that time, a bankrupt individual was considered a criminal and, as such, subject to punishment ranging from incarceration in debtors’ prison to the most extreme sentence of death. A few decades later, Spain’s Phillip II enacted four separate state bankruptcy proclamations in the years between 1557 and 1596. In fact, Spain became the first sovereign nation to declare bankruptcy.

Each of these laws contained some allowance for the discharge of unpaid debts. The first two, those of 1800 and 1841, allowed only minimal discharge of debt; while the 1867 law was the first to include protection for corporations. Before the 20th century, rules and practices concerning bankruptcy generally favored the creditor and were harsher toward the bankrupt. The focus was on recovering the investments of the creditors, and–unlike now–almost all bankruptcies at that time were involuntary. The practice of involuntary filings continues to exist today, with an option to convert to voluntary filing status; however, this remains relatively rare.

With the latter in mind, bankruptcy is not a modern invention.

Although the first bankruptcy law was recorded five centuries ago, the first recorded bankruptcy case occurred in ancient Babylon about 1000 BC. The record written on a clay tablet involves a debtor named Nabu. He could not pay his debts and his only asset was a house close to the imperial palace (a prime location). A session of the royal court was held, the court ordered that Nabu’s house be sold, and the proceeds divided pro rata among the creditors.

There are many ancient records concerning debts, contracts, mortgages and insolvency in the kingdoms of Mesopotamia, ancient Israel and several others.